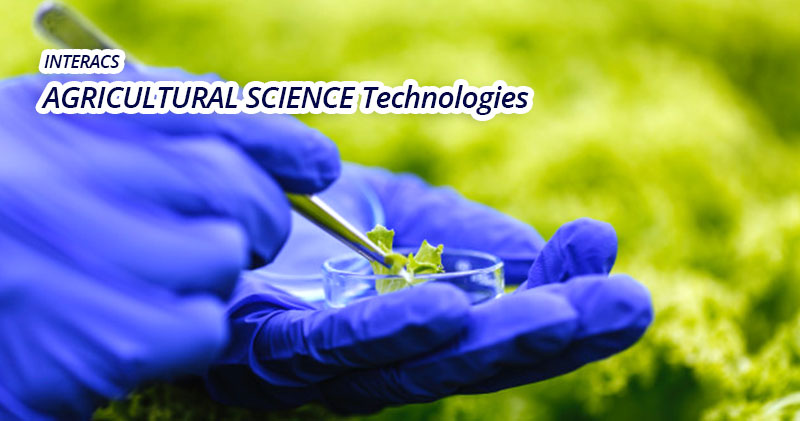 Agriculture, also called farming or husbandry, is the cultivation of animals, plants, fungi, and other life forms for food, fiber, biofuel, medicinal and other products used to sustain and enhance human life. Agriculture was the key development in the rise of sedentary human civilization, whereby farming of domesticated species created food surpluses that nurtured the development of civilization. The study of agriculture is known as agricultural science. The history of agriculture dates back thousands of years, and its development has been driven and defined by greatly different climates, cultures, and technologies. However, all farming generally relies on techniques to expand and maintain the lands that are suitable for raising domesticated species. For plants, this usually requires some form of irrigation, although there are methods of dry-land farming. Livestock are raised in a combination of grassland-based and landless systems, in an industry that covers almost one-third of the world’s ice- and water-free area. In the developed world, industrial agriculture based on large-scale monoculture has become the dominant system of modern farming, although there is growing support for sustainable agriculture, including permaculture and organic agriculture.

Until the Industrial Revolution, the vast majority of the human population labored in agriculture. Pre-industrial agriculture was typically subsistence agriculture/self-sufficiency in which farmers raised most of their crops for their own consumption instead of cash crops for trade. A remarkable shift in agricultural practices has occurred over the past century in response to new technologies, and the development of world markets. This also has led to technological improvements in agricultural techniques, such as the Haber-Bosch method for synthesizing ammonium nitrate which made the traditional practice of recycling nutrients with crop rotation and animal manure less important.

Modern agronomy, plant breeding, agrochemicals such as pesticides and fertilizers, and technological improvements have sharply increased yields from cultivation, but at the same time have caused widespread ecological damage and negative human health effects. Selective breeding and modern practices in animal husbandry have similarly increased the output of meat, but have raised concerns about animal welfare and the health effects of the antibiotics, growth hormones, and other chemicals commonly used in industrial meat production. Genetically modified organisms are an increasing component of agriculture, although they are banned in several countries. Agricultural food production and water management are increasingly becoming global issues that are fostering debate on a number of fronts. Significant degradation of land and water resources, including the depletion of aquifers, has been observed in recent decades, and the effects of global warming on agriculture and of agriculture on global warming are still not fully understood.
The major agricultural products can be broadly grouped into foods, fibers, fuels, and raw materials. Specific foods include cereals (grains), vegetables, fruits, oils, meats and spices. Fibers include cotton, wool, hemp, silk and flax. Raw materials include lumber and bamboo. Other useful materials are produced by plants, such as resins, dyes, drugs, perfumes, biofuels and ornamental products such as cut flowers and nursery plants. Over one third of the world’s workers are employed in agriculture, second only to the services’ sector, although the percentages of agricultural workers in developed countries has decreased significantly over the past several centuries.
Interacs is able to provide you with an excellent consultancy service, and provides the solution for your company.